Signup to our newsletter for 10% off 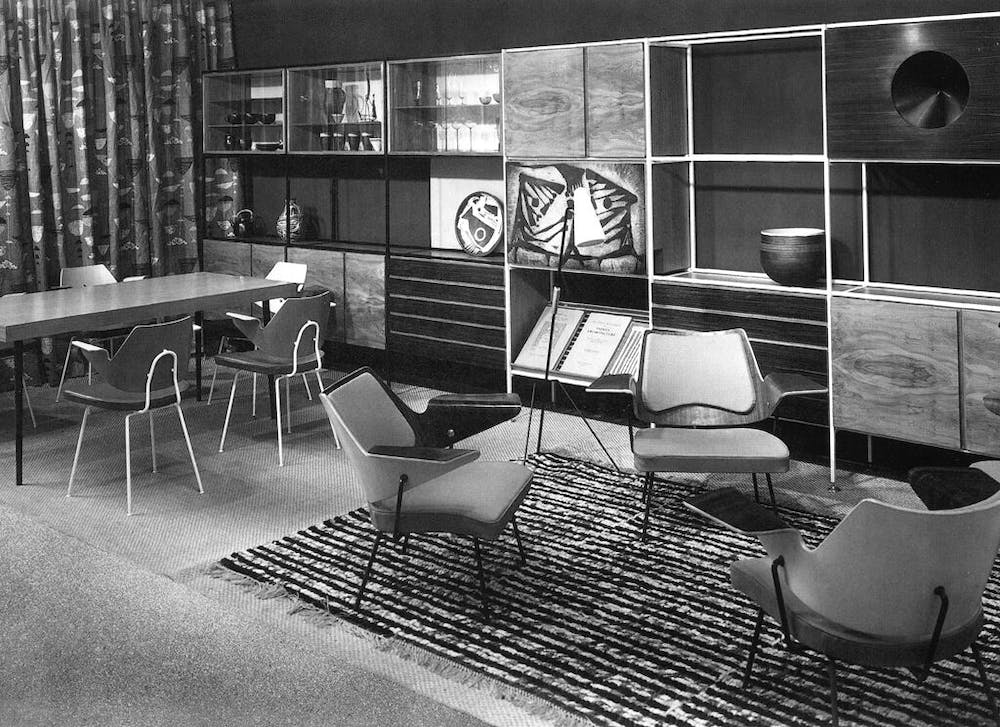 In the early spring of 1950, Gerd made her way over from Ireland to an appointment with the Design Council in London to show a new collection of woven rugs.

With her were oriental influenced rugs for floor or wall, woven on the Kentish loom, using rovings of unspun jute from Dundee in Scotland, split bamboo and hand-twisted fibre cords from Hong Kong, using a plain weave over two shafts only, with a warp of different thicknesses of flax-linen twisted together, spaced unevenly through the reed. From the Chinese loom were the all-wool rugs, using unspun wool-fleece of the black-faced mountain sheep of the Mourne, and looped carpet yarns into a rich surface effect on a drafted warp. 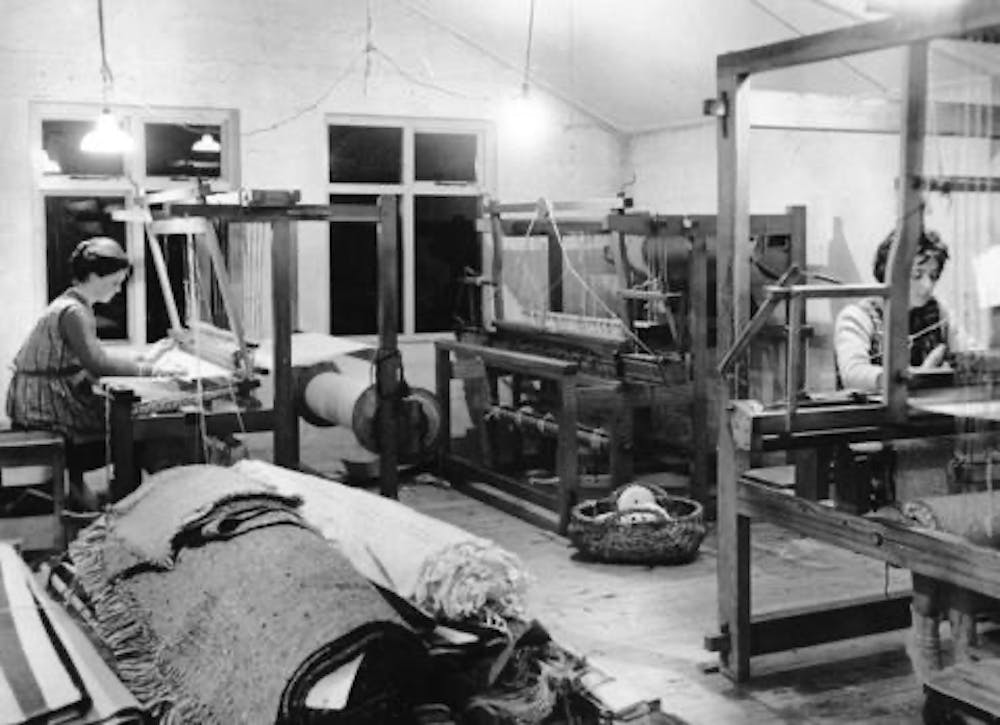 Nervous and unsure of how her designs were to be received, she was amazed to have all the rugs accepted, photographed and made available to architects and designers for future works. And this, as fate would have it, is how designer Robin Day found her.

The following year in a letter to Gerd in 1951, Day disclosed that,

"Of all the rugs which I have seen, only yours have got the character enough as a background for my new designs of furniture to be exhibited at ‘La Triennale di Milano 1951’. Please can you weave for this Exhibition a rug of the approximate size: nine feet by seven feet..."

"First I will have to search the Mourne Mountains for the black-grey sheep wool for the making of the rug. Then I suggest to make three rugs at three feet by seven feet, which side by side on the floor will make your required size. As yet we cannot make your size all in one piece."

A few weeks later Gerd decided to go to London- having trained her apprentices well, her weavers were now ready to produce for the open market. She went straight to Robin Day at his small office in Chelsea, but on arriving it was closed for lunch. She sat down in the staircase patiently waiting, and when he did turn up he asked her, "And who are you sitting at my doorstep?"  "I am Gerd Hay-Edie from Northern Ireland." And a very surprised Robin Day commented, "But from your letter I thought that you were a man!"

"My name Gerd is very useful in letter-writing, I can be taken for a man, but at other times, when it is more advantageous to be woman, then I write Mrs. G. H-E."

Together they discussed the rugs, not only for Milan, but for the forthcoming Festival of Britain, where Robin Day was to use his black and white jute-linen and bamboo rug designs.

Back at the Mourne workshop, Gerd wove the rug on a linen warp, with wool yarns and unspun fleece twisted by hand. With all its intricate detailing, it took Gerd several months to hand weave the rug. 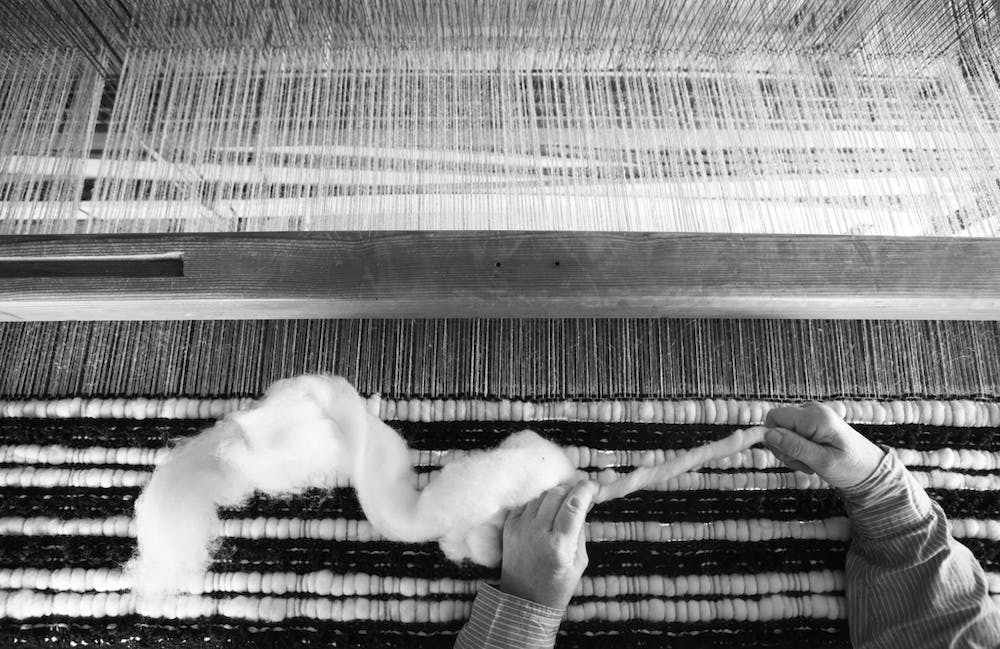 When it was exhibited at La Triennale di Milano alongside Day’s black and white rugs as a background for his furniture, it proved a great success with Gerd and Robin winning silver medals for the room display. The rug was also shown at the 1951 Festival of Britain, where it featured alongside furniture by Robin Day, an etched panel by Geoffrey Clarke, and ceramics by Hans Coper and Lucie Rie. 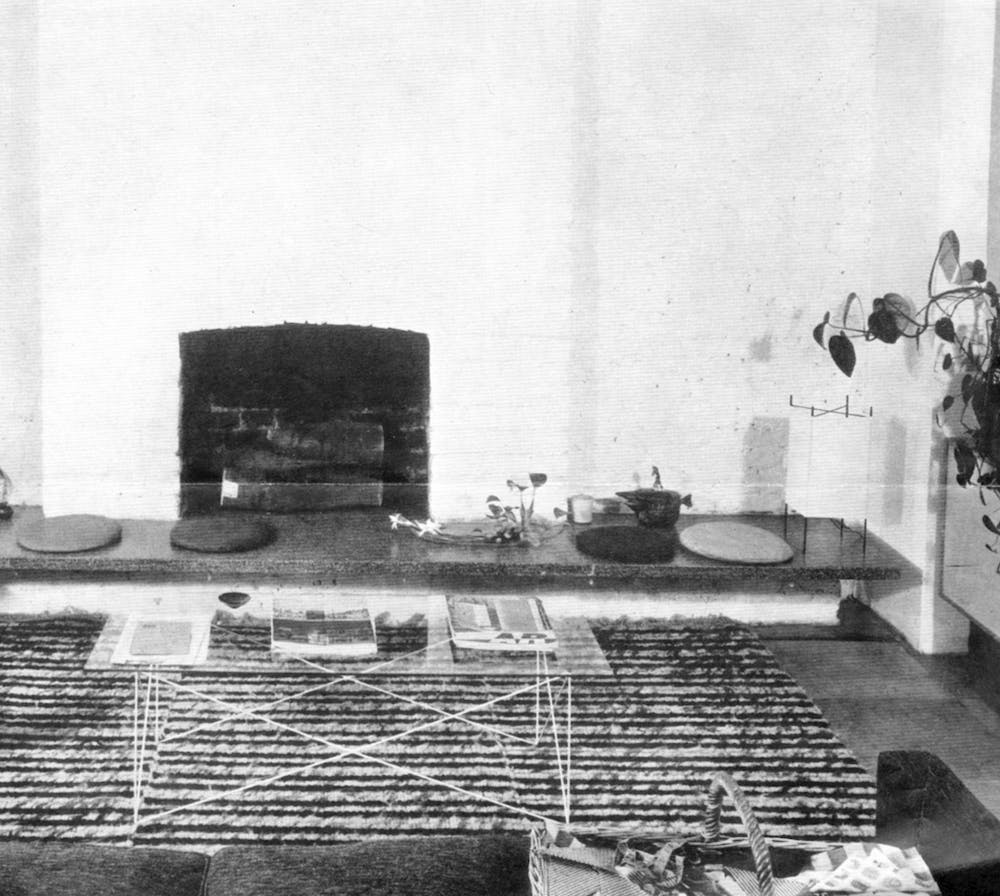 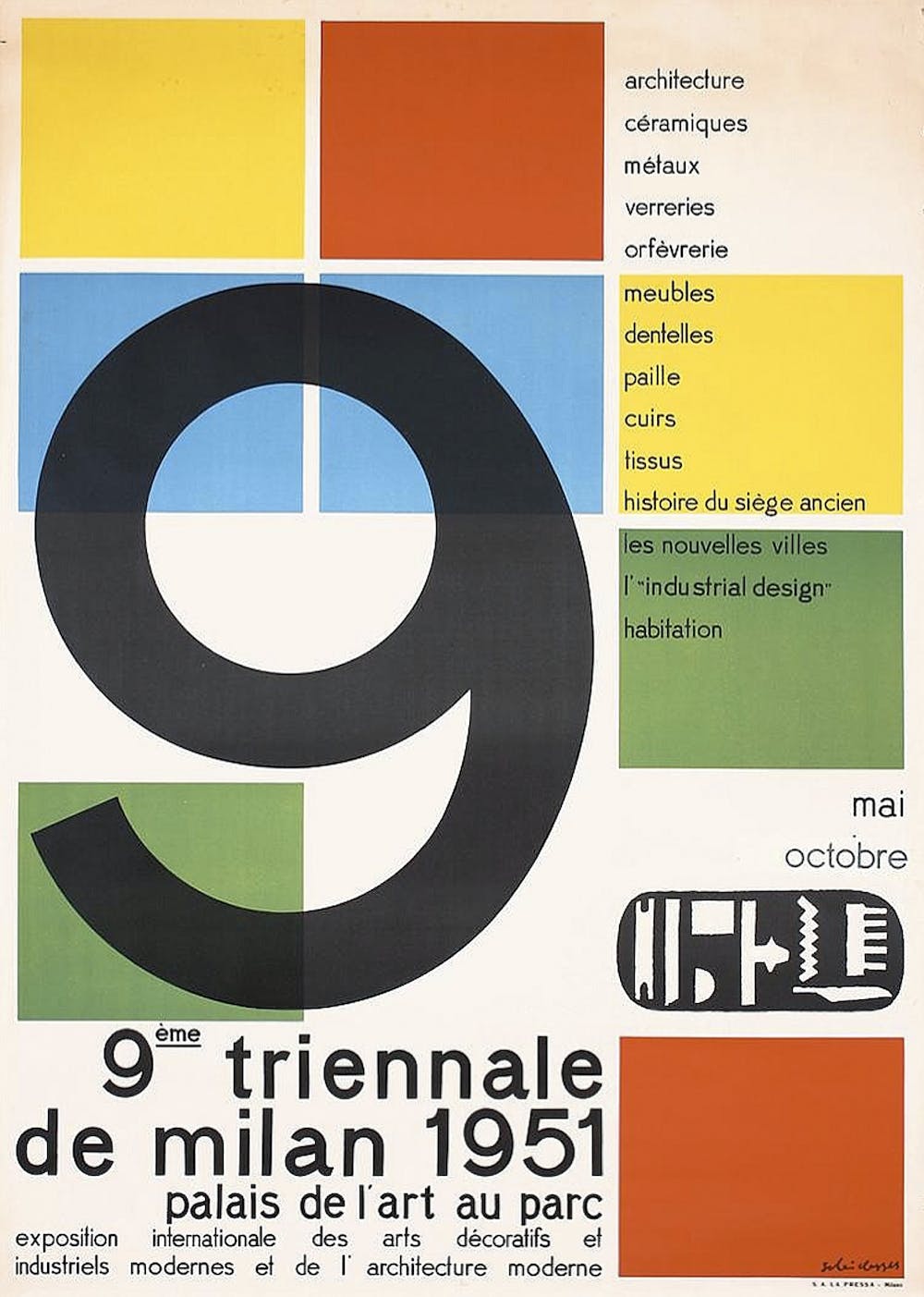 When we were commissioned to make the rug, we found the design scattered across notebooks and on little scraps of paper that we gradually pieced together. Rather like a jigsaw, we slowly rediscovered Gerd’s iconic design, recreating her Milano rug on the same loom, using the same materials and techniques she used some sixty years ago.

We are very proud to see the Milano rug exhibited once again, this time at the Pangolin London and at the Ruthin Craft Centre. The rug epitomises Mourne Textiles’ past and present and led to successful, enduring partnerships between Robin Day, Gerd Hay-Edie and Hille over sixty years ago. Today it marks the company’s revival, commitment to replicating Gerd’s original designs and continuing her legacy.

Our Milano rug recently featured on the BBC Arts Show. Filmed at the workshop, the rug is an accurate reproduction of Gerd’s 1951 design and you can see her daughter Karen talk through the detailed production process as she demonstrates on the loom.