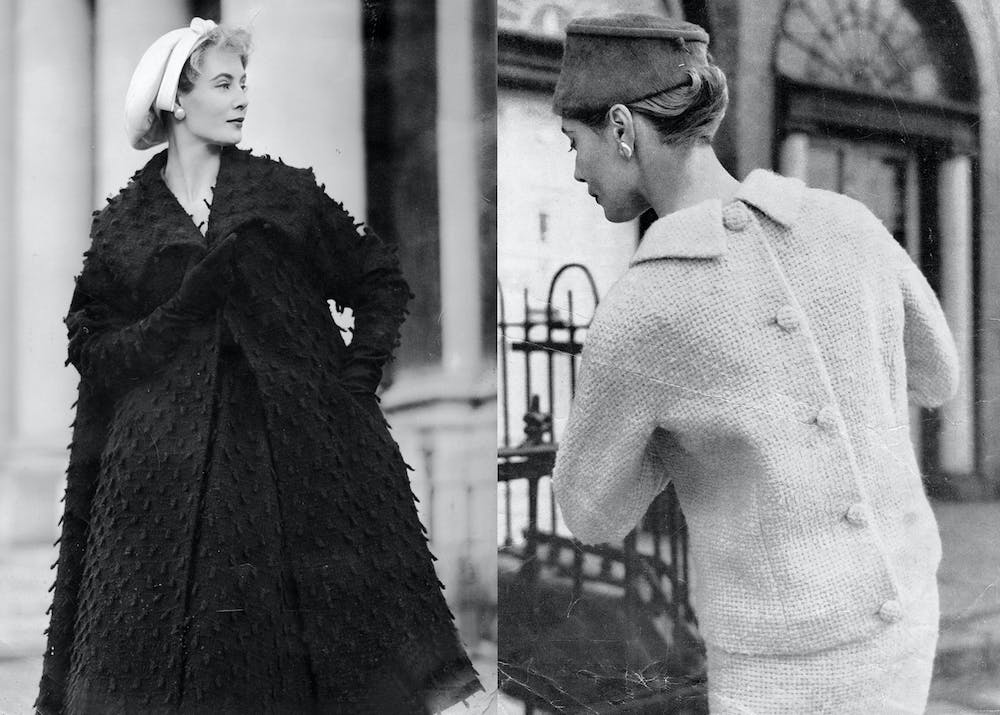 Women’s Intuition: The Work of Sybil Connolly and Gerd Hay-Edie

Ideas can come from the most unlikely places. According to a newspaper from the time, the partnership between Sybil Connolly and Gerd Hay-Edie all started with a chair. While visiting a friend’s house in Belfast, Sybil spotted the ‘shaggy furnishing fabric covering a chair’.

‘The material I noticed was thicker than one I have put into my coat. But I thought the design perfect. I was determined to find the weaver.’

One afternoon in early 1956, while Gerd was quietly working in her office, the looms outside suddenly stopped. The girls could be heard laughing and calling Gerd to come out to see the two visitors. Two ladies wearing large fashion hats could be seen walking up towards the workshop. Mrs. Calvert had brought Sybil Connolly, the fashion designer from Dublin, to meet with Gerd and discuss producing tweeds for her next fashion show. Having searched for months, Sybil had finally found her designer. 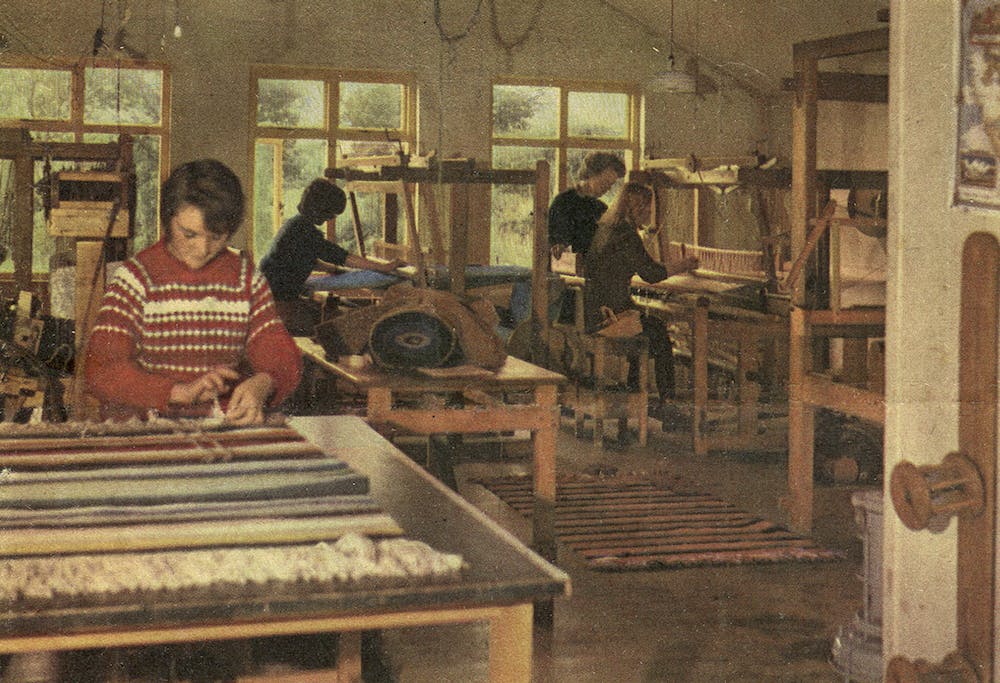 Gerd and Sybil met again later in the summer, this time in Dublin. They met to further discuss how Sybil might use Gerd’s textiles in her collection. They had a conversation that changed the course of their careers. As they chatted, Gerd ‘sensed’ her way towards what Sybil Connolly might be looking for. Gerd Hay-Edie had been designing and weaving furnishing fabrics and had already exhibited in Paris, London, Rome, and New York. Sybil hoped to use the fabrics for fashion, an innovative idea that Gerd didn’t shy away from. Gerd described Sybil as a ‘charming, extraverted person’ and she responded intuitively to Sybil’s ideas.

Gerd and Sybil were similar in many ways. Both began their careers at the tender age of 17: Gerd making tapestries in Norway, Sybil as a dressmaking apprentice in London. They were both described as accomplished, pioneering, and as strong female leaders. Having being born abroad, Gerd and Sybil both found a home in Ireland; they drew inspiration from its natural beauty and brought attention to Irish talent and creativity.

After their meetings, Gerd came to the conclusion that Sybil could and would use ‘Irish tweeds with a difference’ in her collection. If Gerd could produce the tweed fabric, Sybil Connolly would cut and style it into outstanding garments. And that’s exactly what they did.

Gerd designed and wove Tweed Emphasize, Shaggy Dog and The Open Weave (now known as Mended Tweed). Sybil Connolly's collections featured garments made with fabrics from Mourne Textiles. The fashion shows were a huge success and exposed both designers to high profile clients and companies. The union of Gerd’s tweeds and Sybil’s couture propelled them into the world of fashion and interiors, and granted Irish tweed global appeal.

Coming full circle from furnishings to fashion, we have brought these three designs back to life in our range of cushions and throws. Draped over beds and settees, the Mourne Textiles range looks just as impressive today as when it was appeared in Sybil Connolly’s collection. 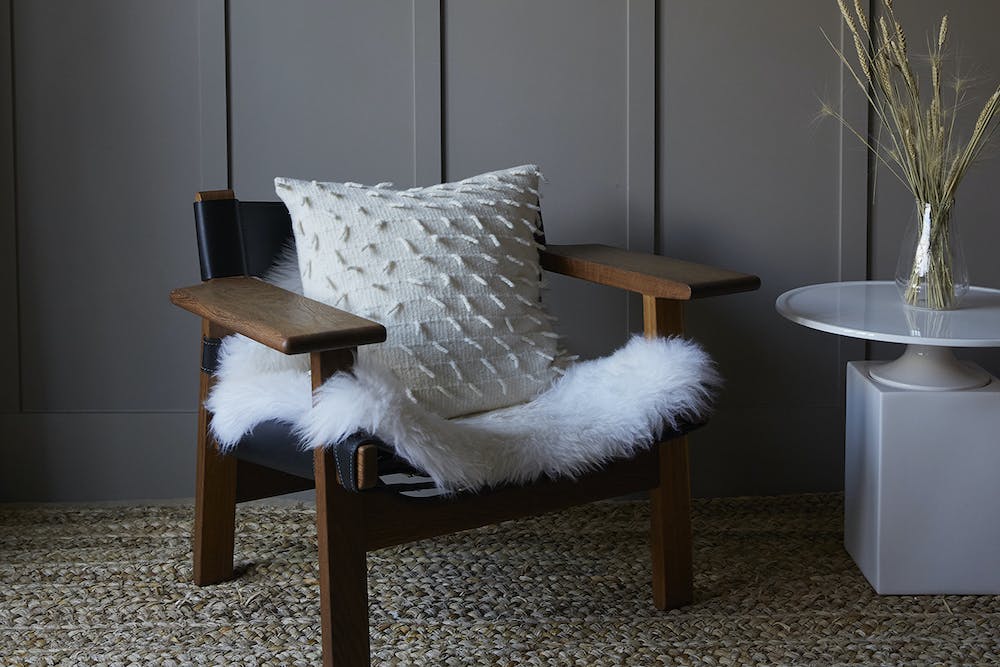 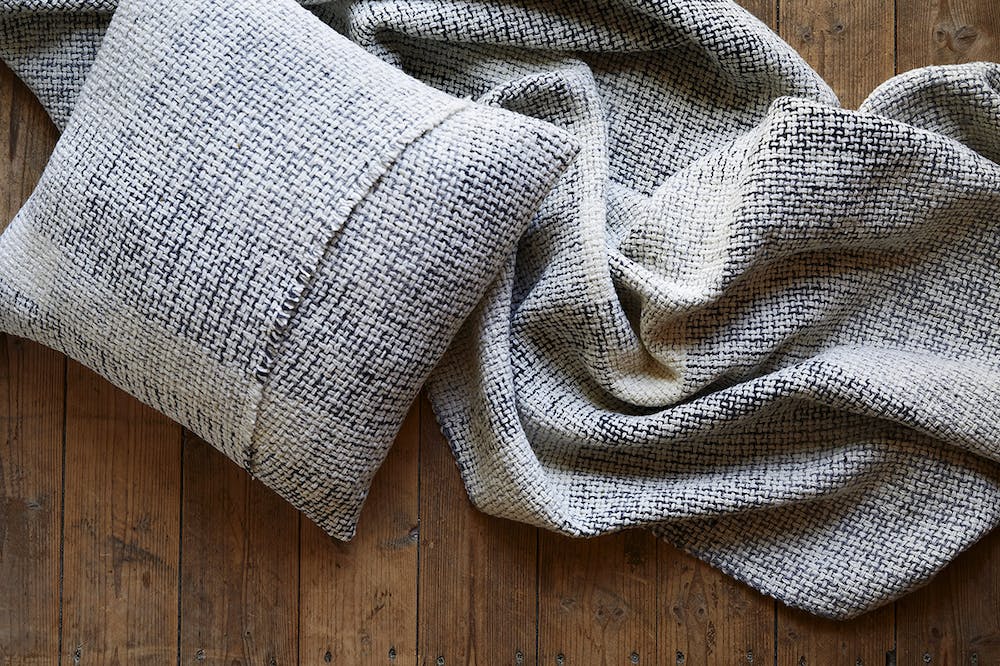 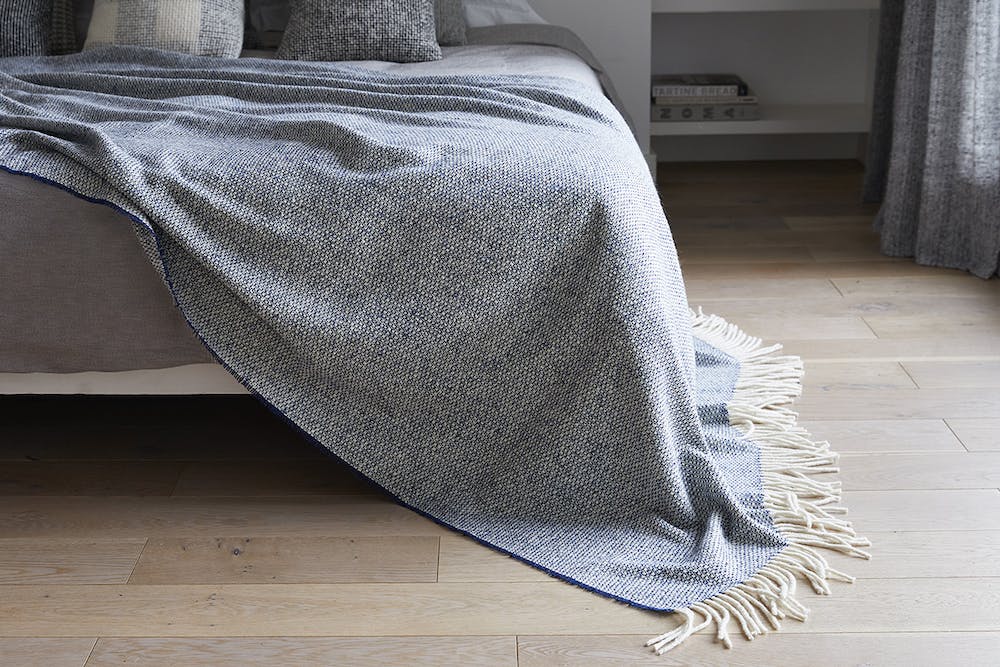