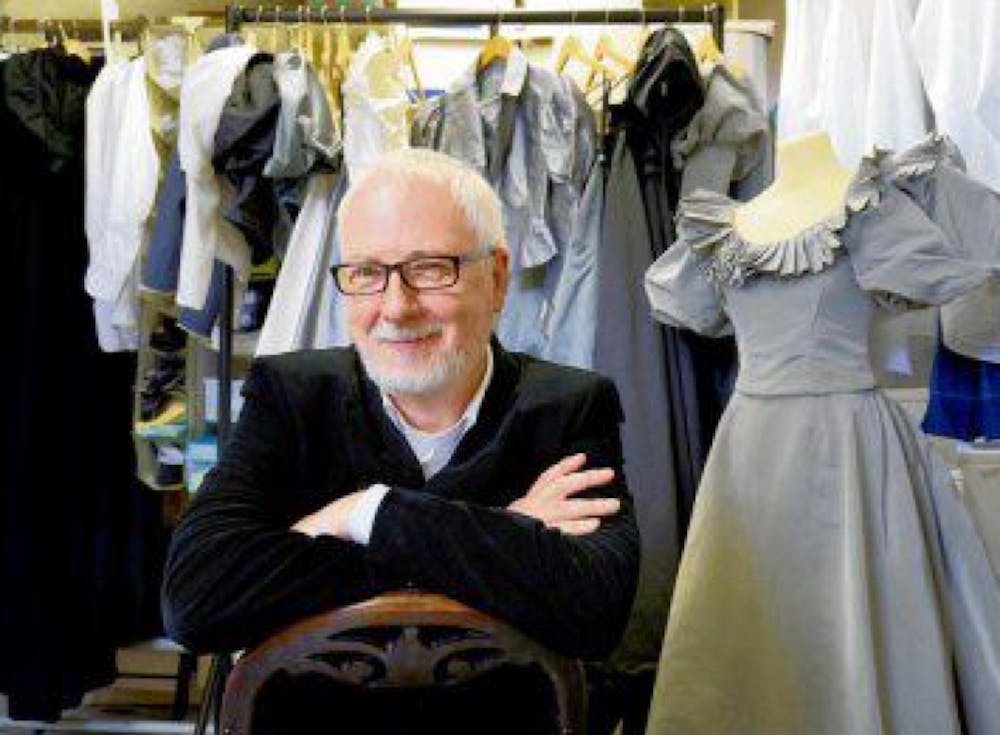 An interview with Irish fashion and costume designer Peter O'Brien

As part of 2017's TextISLE event in Dublin, Irish fashion designer Peter O'Brien used Mourne Textile fabrics to create new clothing designs. O'Brien began his career in Paris, where he worked at Christian Dior and as senior designer at Chloé. In 1989 he became creative director at Rochas, where he remained for 12 years, designing women’s wear and overseeing menswear. Since returning to Ireland in 2004, he has created collections for retailers AWear and Arnotts. Today, O'Brien is one of Irish theatre's leading costume designers, creating garb for plays by Oscar Wilde, George Bernard Shaw, Noel Coward, amongst others, at Dublin's landmark venues. In 2013, he designed costumes for The Price of Desire, a film based on the life of Irish furniture designer and architect Eileen Gray.

Could you describe the pieces you've designed in collaboration with Mourne Textiles?

When the Design and Crafts Council of Ireland showed me the Mended Tweed fabric, I said 'Look no further. This is fantastic'. All it needed was some strong, simple shapes. No decoration. I created a dramatic coat with a huge collar and a quirky strapless full-skirted dress. I like the idea of using tweed for glamorous occasions. The fabric is beautiful: the antithesis of fast fashion. Working in Paris for 24 years, I saw people take two weeks to make a dress. That's part of the business I love. I've always loved fabric. The designer is left with no work because the fabric speaks for itself. 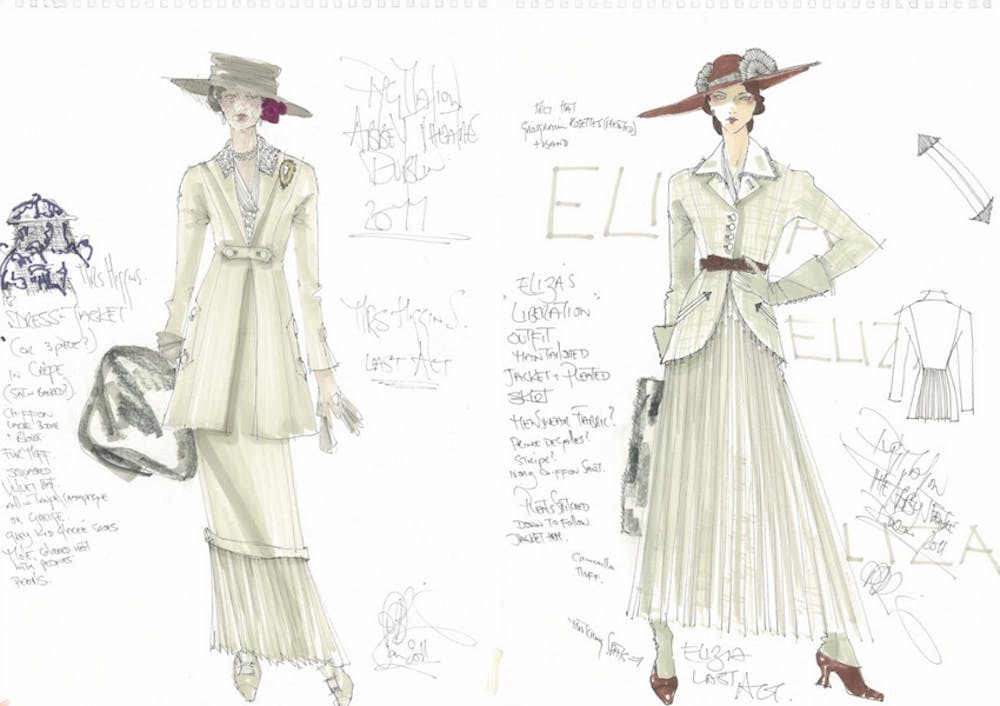 Drawings for Pygmalion, The Abbey Theatre, 2011

Sybil Connolly, the Irish designer, used Mended Tweed in her 1950's collections. Are you familiar with Connolly's work?

I was very aware of her. When I was young and interested in fashion in my teens, I used to save up money and buy French Vogue, which was odd for a lad from a council estate in Dublin. Like anyone who was interested in fashion, I dreamed of Paris. It's a cliché to say it, but I had some glamorous aunties. I used to look at their perfume bottles, which always said 'London, Paris, New York'. I was determined, by the time I was 14, to work in one of those cities, if not all of them. My hero back then, Karl Lagerfeld was at Chloé. I thought it was madly glamorous. In hindsight, I realise there were wonderful people doing fantastic things in Ireland, like Sybil. There were terrific Irish designers in the 1950's and 1960's.
How did you transition from fashion to theatre?

I used to create a catalogue as a programme to the shows in Paris. A [theatre director] saw my drawings and it occurred to him they were vaguely theatrical. He asked me if I would like to design Lady Windemere’s Fan [at Dublin's Gate Theatre], which he was setting in 1947. I thought that would be a great opportunity to design some big ball gowns.

Does costume design require a different aesthetic to fashion?

The best thing is you don't have to flog the clothes. You do a fashion show and you're very pleased with yourself, but then you have to deal with the showroom and the buyers. In theatre you're designing for character, so it doesn't really matter what a journalist from Vogue might think. You have to illustrate the interior and exterior life of the character. There are practical differences too. Clothing gets bashed up. Actors have to get in and out of them quickly. The fabrics can't be too heavy. The job is similar in a sense. You bring your own aesthetic to a project. It's certainly less stressful. 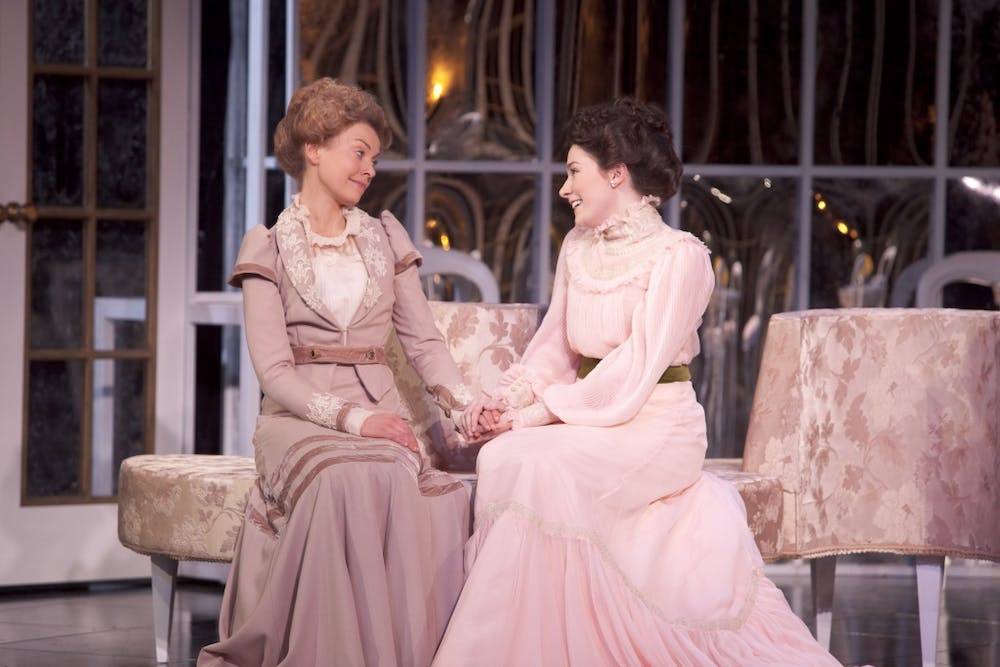 An Ideal Husband, The Gate Theatre, 2014

How did you approach designing costumes for The Price of Desire, 2015's film about Irish designer Eileen Gray?

I wanted the clothes to be almost invisible. I didn't think they should be noticed. Eileen was a modernist. She was also gay. There was a group of gay women who hung out together in the South of France and in Paris. We didn't have an enormous budget on the film. The story spans from 1898 until she dies, which would have required about $5m to make every costume, so there was a shorthand. Once the story reached the 1920's, the clothes were very minimalist. I designed a basic wardrobe of 15 interchangeable pieces: a nod to the period. 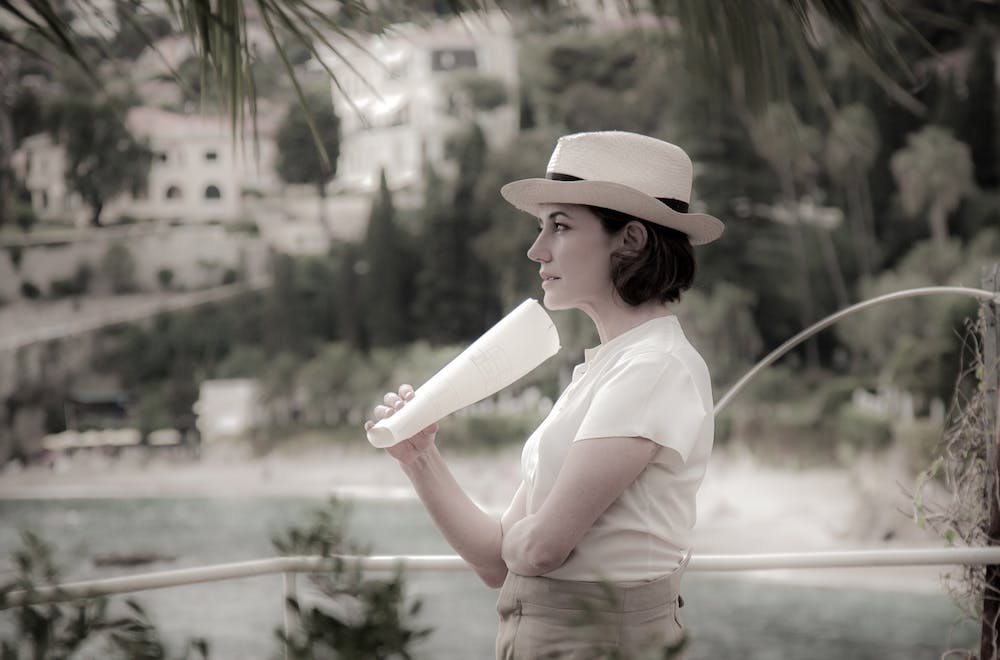 Orla Brady as Eileen Gray in The Price of Desire. Photography by Julian Lennon 2014

Did you study old photographs?

As many as I could, but there are few pictures of Eileen. Unlike today's celebrities, who bombard us with endless images, Eileen was a discreet woman who didn't have her picture taken too frequently. The 20's clothes were quite boyish for women, so there were lots of peg-topped white legged trousers and shirts. Like Eileen's furniture and designs, they were very simple.
After collaborating with actors, do you enjoy returning to fashion?

I like designing for a store at a more accessible price level than what we did in Paris. I like seeing women in the street [wearing my designs]. It's nice to see real people wearing your clothes.

TextISLE takes place from Sunday 22 to Wednesday 25 January 2017, at the RDS in Dublin, Ireland, as part of the Showcase 2017 Creative Expo. Trade attendance only.

For further details, or to register to attend, please visit www.showcaseireland.com.