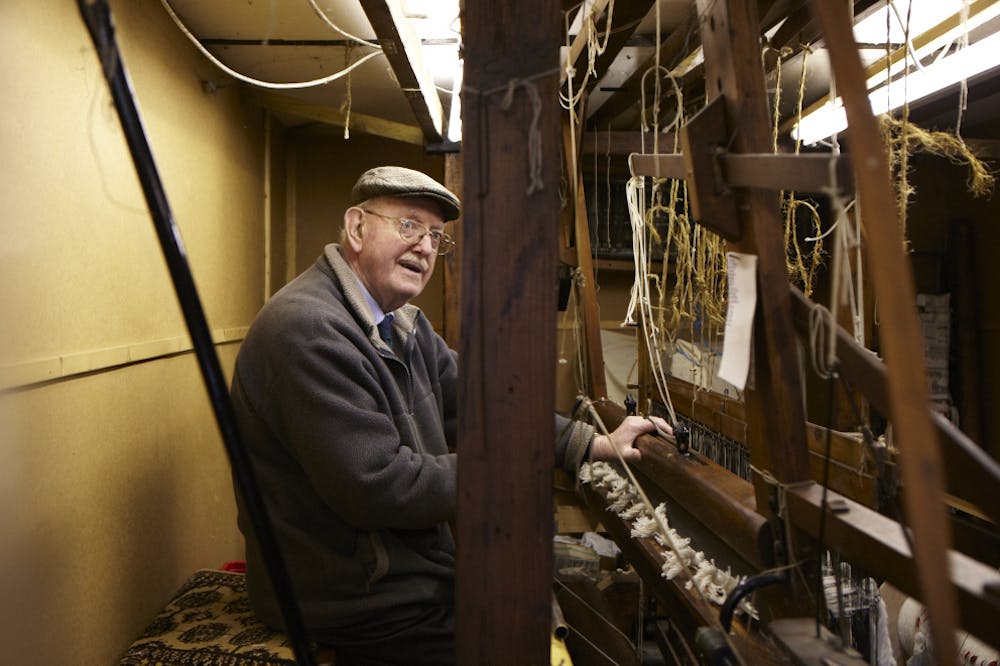 A life behind the loom

John McAtasney, 83, started weaving for Mourne Textiles over 50 years ago.This master craftsman, known as John The Weaver, is considered the very last hand weaver of Linen Damask on the island of Ireland. Here he talks about his life and memories of Gerd Hay-Edie, Mourne Textiles founder.

How did you start weaving?
I was 14. My mother got me into weaving. She asked James Crozier, who owned a vegetable shop on Queen Street[in Belfast],to ask his brother, Robert, who had a hand-weaving business on the Guildford Road, if he would give me a start. When I went in I was told not to talk to any of the handloom weavers but to watch them. One weaver was having a break and he said to me, “What took you into this? Nobody wants to be a handloom weaver today–this trade is dying out”. That was 1948.

Why were you not allowed to talk to the weavers?
They were all on piece-work and they only got paid if their loom was moving. There were five others and they were all weaving tweed onLinen Damask looms, which were converted to tweed. All the tweed we wove went back to Donegal.

What did you think when you first walked in?
Well, it was a job and all the jobs were in power loom weaving. 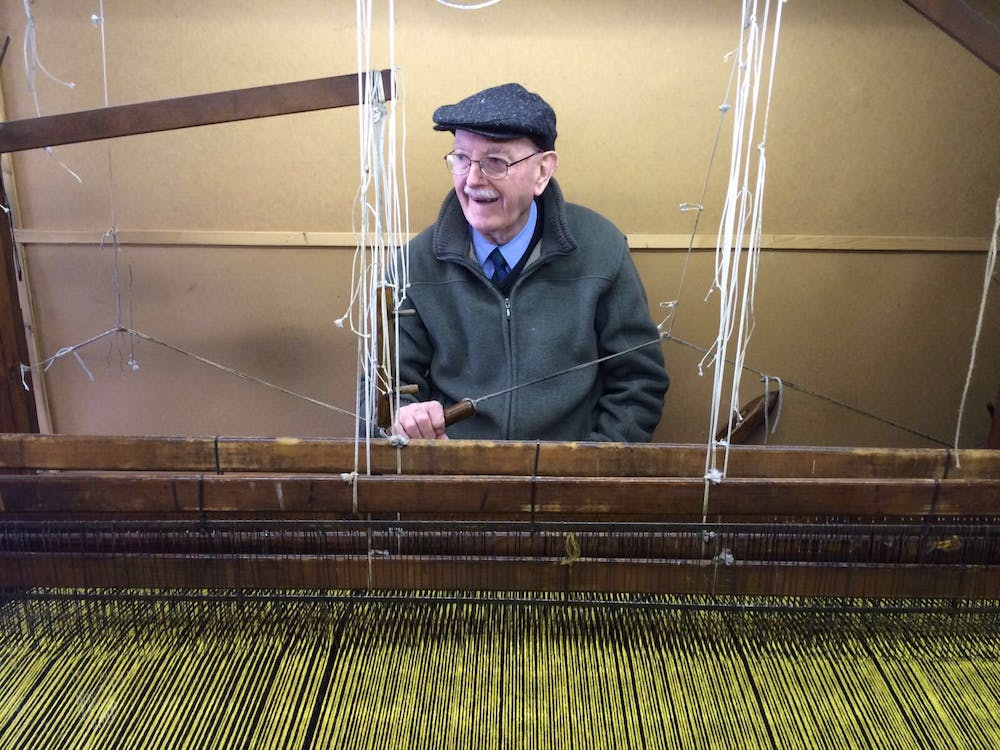 Was it noisy?
The handlooms were a lot quieter than the power looms. It was sort of a gentle sound.

How much did you earn?
I was there for three weeks before I got my first pay. Robert Crozier said I was doing alright and he put his hand into his pocket and pulled out a half-crown, a shilling and a three-penny bit. 18p in today's money. The next week I earned a pound and after that I was up to £4 a week. A man there got the same and he had six children. It was very poorly paid.

We got two days off a year – Christmas Day and 12th July - and we didn't get paid for them. We worked six days. We sometimes worked from six in the morning until six in the evening. Sometimes until nine at night. I was the youngest.

How long did you apprentice there?
I was there from 1948 to 1956. Then there was a bit of unemployment. [I was] told the Ulster Folk Museum was setting up weaving. They just had a plain linen loom, then they ordered a Damask loom and I set that up. 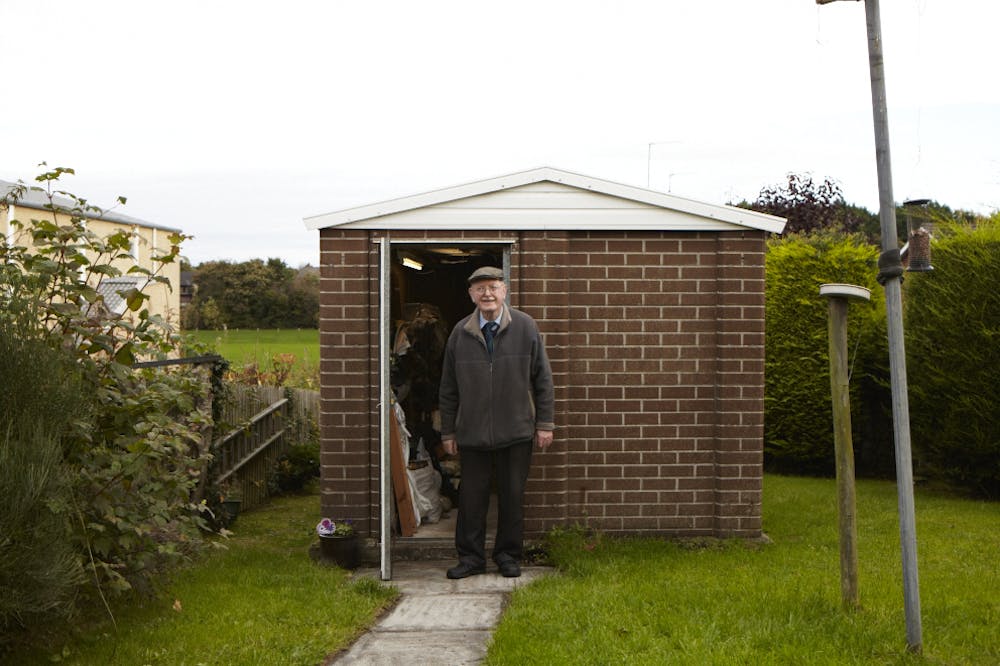 When did you meet Mrs Hay-Edie?
I met Mrs Hay-Edie in 1966 through the Rural Industries Bureau, which went around Northern Ireland trying to get the crafts into small industries. I brought a handloom from Donegal and set it up in Lurgan. Mrs Hay-Edie had a reputation for being a great designer. She gave me a sample cloth to weave: 20 yards length, 36 inches wide. She was quite happy with the result. It was curtain material for window drapes. It was different from anything I had woven before. I still weave it today: it's called the Classic design.

She was a very intelligent woman. Very demanding on what she wanted. If she wanted 81/2 pics (number of weft threads per inch) for 20, 30 or 60 yards long.

It had to be exactly that. She asked for a very high standard. It was very different from the plain or herringbone cloth that I was weaving before. She wove diamond materials instead of herringbone. The plain was full of different colours of yarns and thicknesses of threads.

I was full-time linen weaving for the Ulster Folk Museum and was weaving for Mrs Hay-Edie as well. She was a controversial character. She fell out with everyone else but she didn't fall out with me. When I finished a warp, another one arrived.

Her ideas were ahead of their time.
Now I weave for Mario [Gerd Hay-Edie's grandson] and they're using the same designs as Mrs Hay-Edie. Topical, wonderful designs. The handloom can do something that the power looms can't. There will always be a demand for it. People want superior fabrics.

Are you glad you got into weaving?
It was something I was into and I wanted to be the best at it. I wish I was younger again to do more work for Mourne Textiles, but it is wonderful to still be a part of it.

Thank God I still have a use at 83 years old.